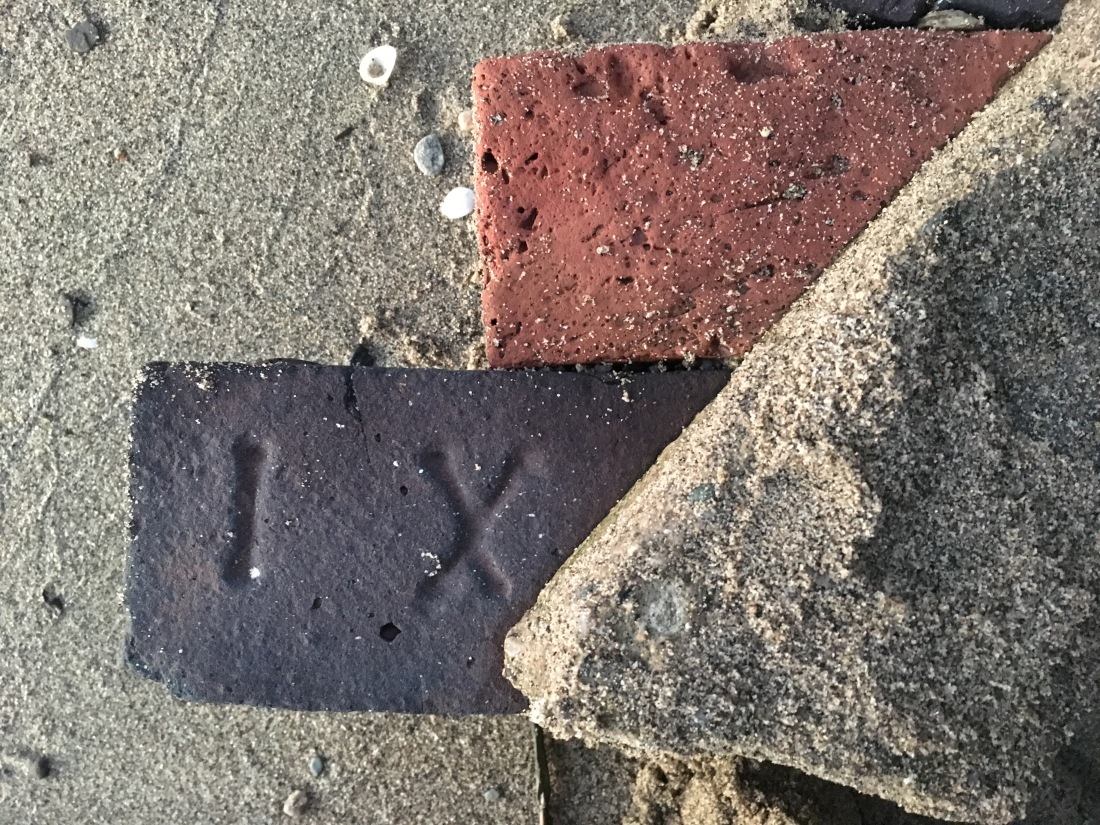 During a walk along the beach on the north side of Croton Point we spotted some old bricks, encased in a piece of concrete. “IX” could be seen stamped on one of them and “XL” on the other. 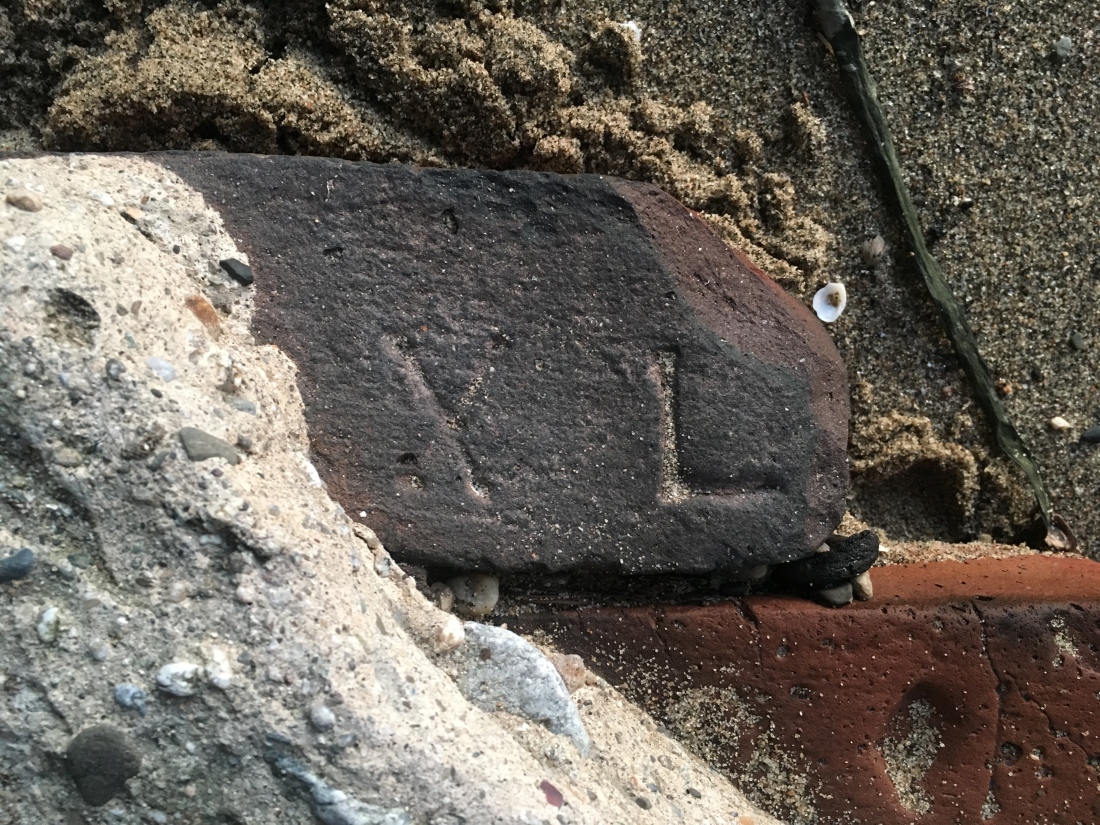 As we wrote in this previous post, these bricks were made at the William A. Underhill Brickyard on the northern end of the point, close to where we found them. Some bricks were stamped with Underhill’s initials (WAU) but others, like these, were stamped with the letters IXL—a clever bit of self-promotion meaning “I excel” at brickmaking.

Since both bricks look burned, we suspect they were among the rejects that once littered the area. Perhaps they were later picked up and used in the foundation of one of the cabins that were built along the north shore in the early 20th century.

Here’s a 19th century advertisement from The Clay-Worker for the “I. X. L. ‘SPECIAL’ Brick Machine” that may have made these bricks. 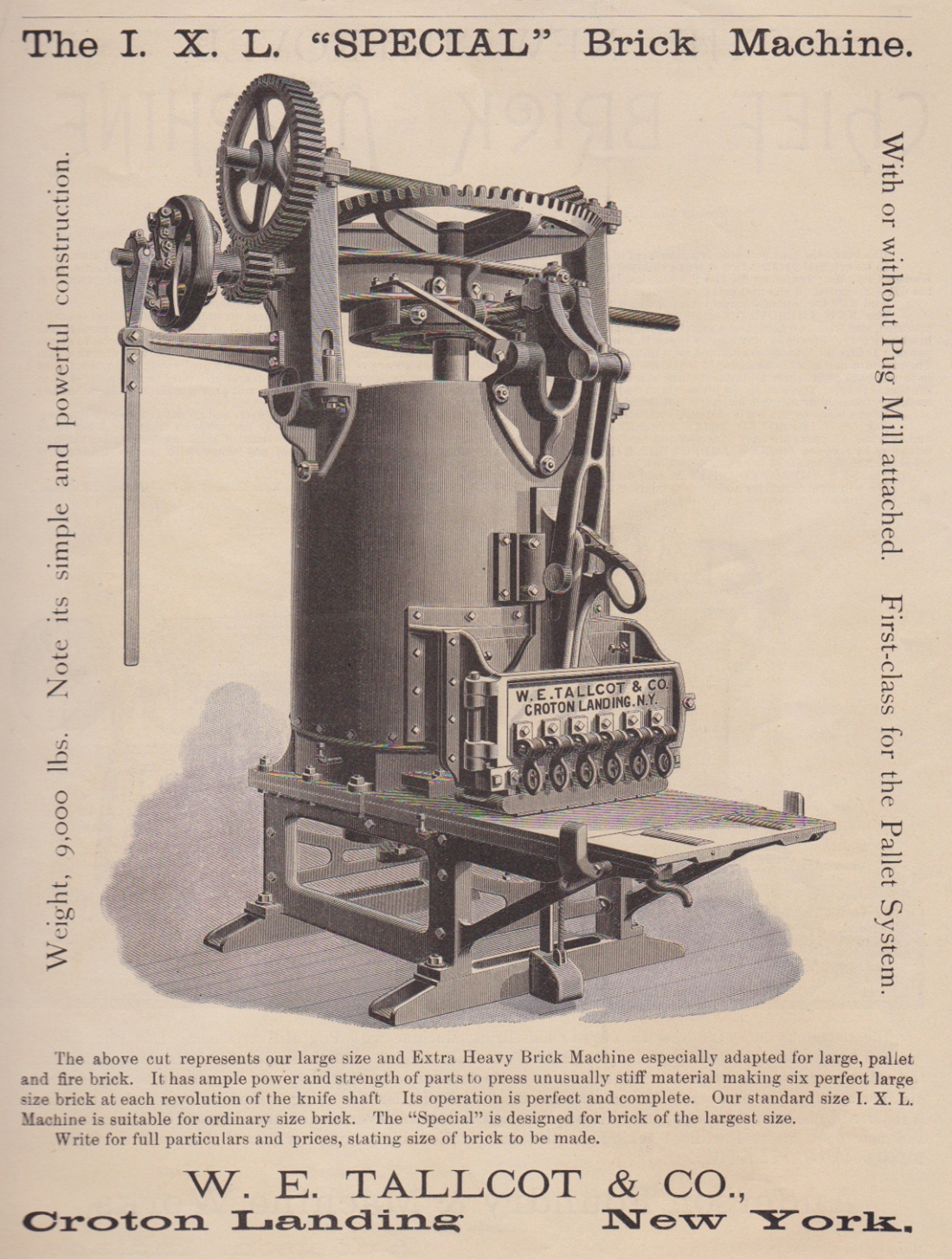 The manufacturer of this machine was William Edward Tallcot, who was born in 1852. William’s father, Richard D. Tallcott, owned a brick manufacturing company at Croton Landing and the family was related by marriage to the Underhills.

We can walk along the beach at Croton Point and rejoice when we find bits of Croton’s history, but what we see is only what’s been left after massive changes to the landscape.

A visitor in 1890 described Croton as a “quiet hamlet, whose inhabitants have been for several generations industriously digging up the fields and pressing the soil into bricks, until it looks as though the place had stood a siege, and the enemy had exploded mines all round its borders.”