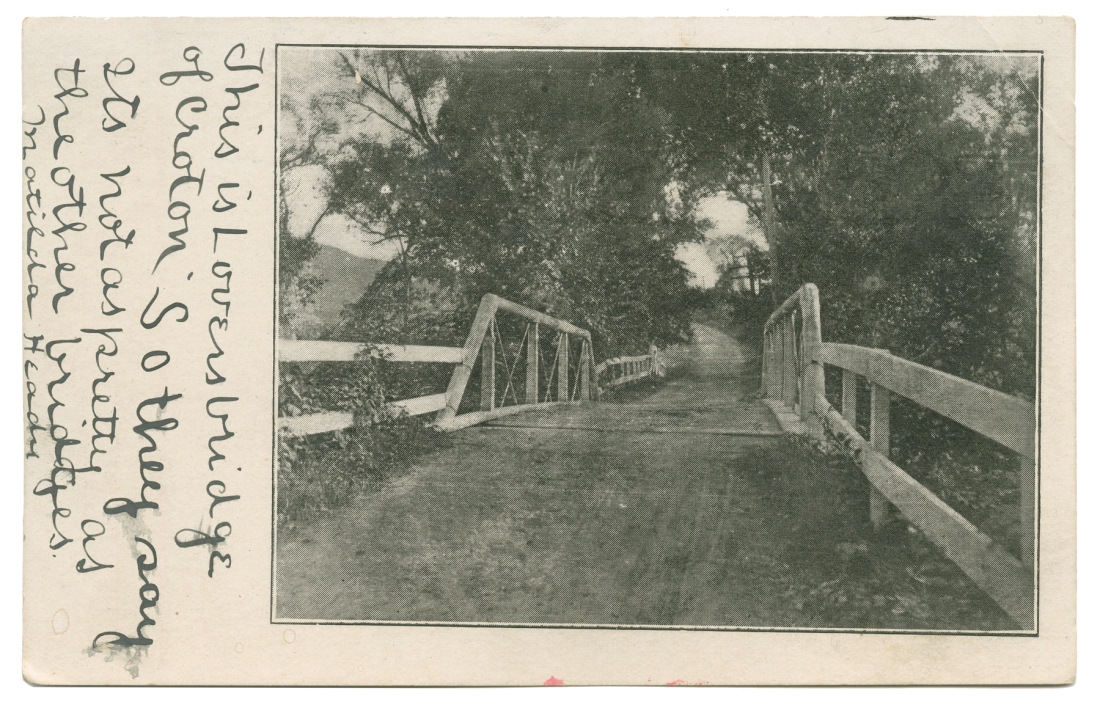 “This is Lovers Bridge of Croton so they say,” is written on the front of this early postcard (circa 1901-1907) of what was then officially called the Van Cortlandt Bridge. The photo shows the small section of what was originally called the Long Bridge, when it was first built in the 1860s to carry the Old Albany Post Road across the mouth of the Croton River, right by Van Cortlandt Manor.

The manor house is hidden in the trees on the right in the photo and the road curving off in the distance is South Riverside Avenue today, going by Shoprite.

Here’s a survey from 1871 showing the “Long Bridge.” The small section we see in the postcard is on the left, labeled “Bridge.”

Here are other posts about this bridge.