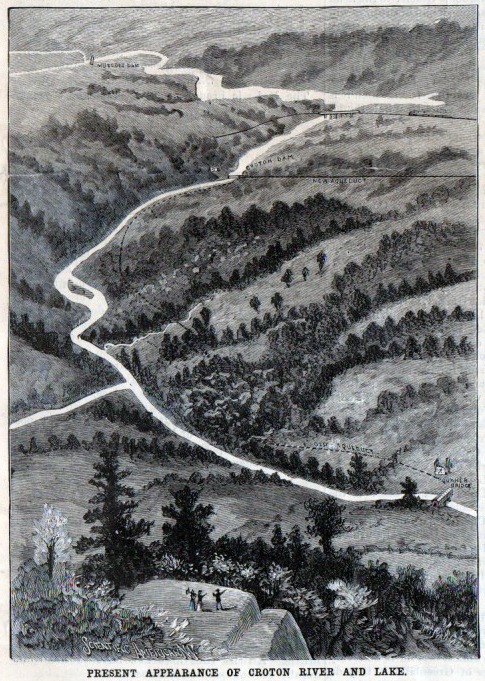 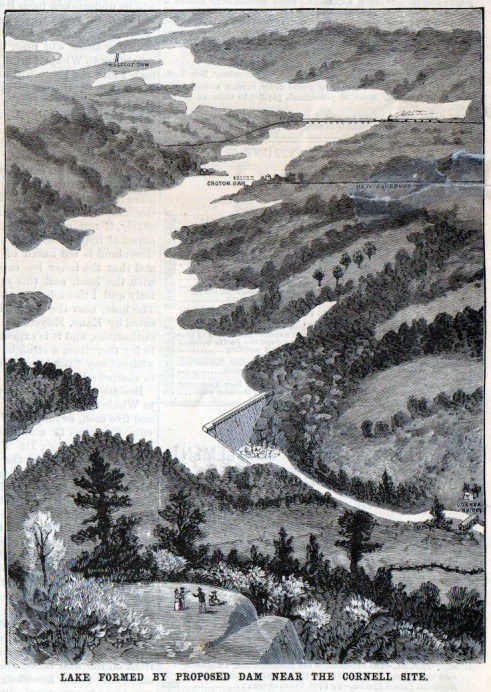 These engravings from the June 20, 1891 issue of Scientific American show before and after views of the Croton River, when the New Croton Dam was in the planning stages. The view is looking east, with Quaker Bridge (at that time a covered bridge) in the lower right. The tributary in the foreground going to the left is Hunter Brook, which is said to be the deepest part of the reservoir. The original Croton Dam (now submerged) is in the middle, close to the top.

In 1841, all the Croton River bridges, including Quaker Bridge, and many houses and several mills—were swept away when part of the original Croton Dam collapsed, releasing a torrent of water that was 50 feet high when it roared through the narrow Croton River Gorge. The dam was repaired and improved, so when Quaker Bridge was rebuilt in 1847—the covered bridge shown here—it survived for 47 years until the current metal bridge replaced it. The “current” Quaker Bridge was built in 1894 and is one of the oldest bridges in Westchester County.

One thought on “Croton River Valley, Before & After”