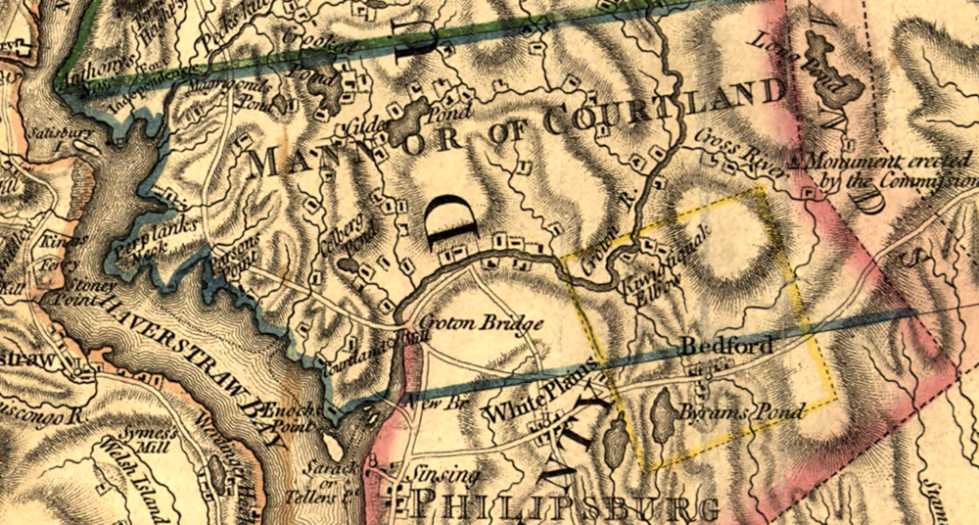 Detail from the 1779 map titled “A chorographical map of the Province of New-York in North America, divided into counties, manors, patents and townships; exhibiting likewise all the private grants of land made and located in that Province; compiled from actual surveys deposited in the Patent Office at New York, by order of His Excellency Major General William Tryon, by Claude Joseph Sauthier, Esqr. Engraved and published by William Faden.”

There are several notable features of this map:

The complete map can be found at the Library of Congress.