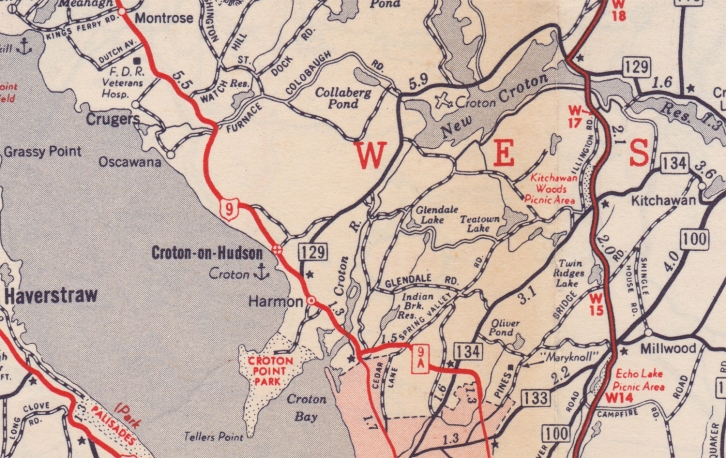 This map is interesting because of what it does and does not show.

If your car were to break down in 1950 you wouldn’t know from looking at this map that there was a railroad (the arch-enemy of gas companies) running along the shore of the Hudson River. But if you looked carefully at the key to the map you would learn that the anchor symbol under the “n” in “Croton-on-Hudson” meant that there was a seaplane available to take you back to New York City. (And if the seaplane was unavailable you get a ride out Route 129 past the New Croton Dam to the small airplane landing strip indicated by the plane symbol.)