This month is the 171st anniversary of the “greatest jubilee that New York or America has ever boasted—a jubilee in commemoration of the greatest blessing that a city like New York could receive—the introduction of an abundant supply of pure and wholesome water.” 1

The jubilee took place on October 14, 1842 and the quote is from the coverage a week later in the October 22 issue of the Dollar Weekly, a short-lived newspaper that the publishers, Herrick & Ropes, modestly proclaimed was “The cheapest paper ever published! The miracle of the age! One dollar a year, with two hundred original engravings!”

In a way they were right to call their paper “the miracle of the age” because they published the kind of engravings that made Harper’s Weekly famous when it was started fifteen year later. The highlight of this issue is the 16-inch wide engraving across the front page that illustrates the “great procession celebrating the introduction of the Croton water into the city of New York.” Photography was not in widespread use in 1842 so there are very few images depicting the jubilee parade and none of them are quite like this wonderful panorama.

If they left us nothing else, we could remember Herrick & Ropes as innovative publishers who paved the way for the great illustrated weekly newspapers. But at the same time they were publishing two other papers—another weekly, The Atlas, and a daily paper, The Aurora. On March 28, 1842 Herrick & Ropes announced in the Aurora that they had “secured the services” of a “bold, energetic and original writer as their leading editor” who would “carry out their original design of establishing a sound, fearless and independent daily paper.” His name was Walter Whitman, but we know him today as the poet, Walt Whitman. 2

Click the images below to see all the Aqueduct-related images published in the October 22 issue.

The 16-inch long woodcut of the parade was engraved in three sections and bolted together. 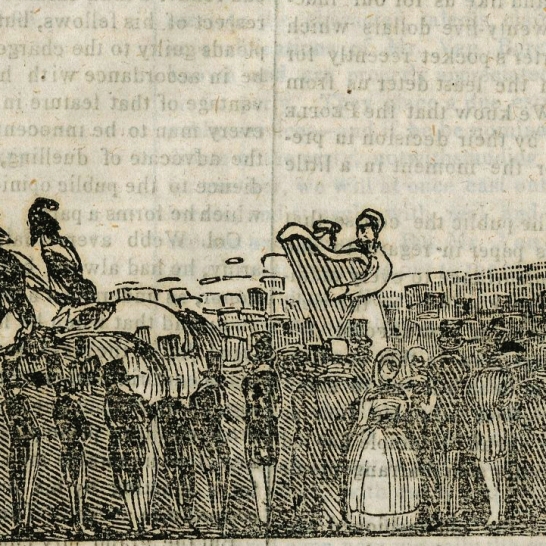 A woodcut showing what became known as High Bridge, which was then under construction, 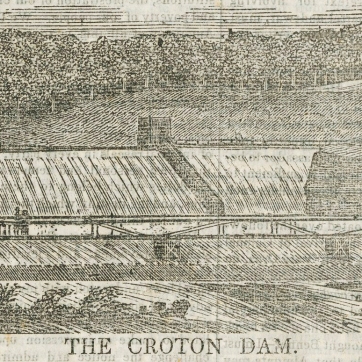 A view of what is now called the Old Croton Dam. 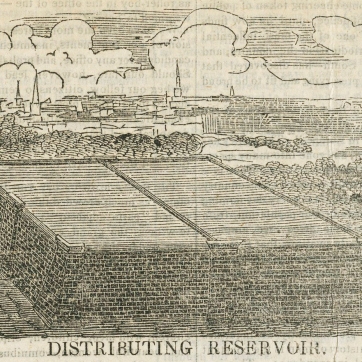 The Distributing Reservoir was located where the New York Public Library and Bryant Park are today.

The fountain in Central Park, which was then under construction.