If you want to introduce kids to Croton’s agricultural heritage, take them to Thompson’s Cider Mill on a Saturday to watch proprietor Geoff Thompson and his crew turn bushels of heirloom and traditional apples into old-fashioned apple cider.

They may not use the antique cider-making equipment that’s on display outside the mill, but the process is essentially the same as it was in the 18th and 19th century when the Underhills were growing grapes and apples on Croton Point and “one of the largest orchards in this country” belonging to “Mr. Conklin” was selling barrels of cider1 for $3 to $7 each from an orchard between Croton and Verplanck.2

For more information on Thompson’s Cider Mill, see their website.

Click the image to start the slideshow (and don’t miss the footnotes at the bottom of the page). 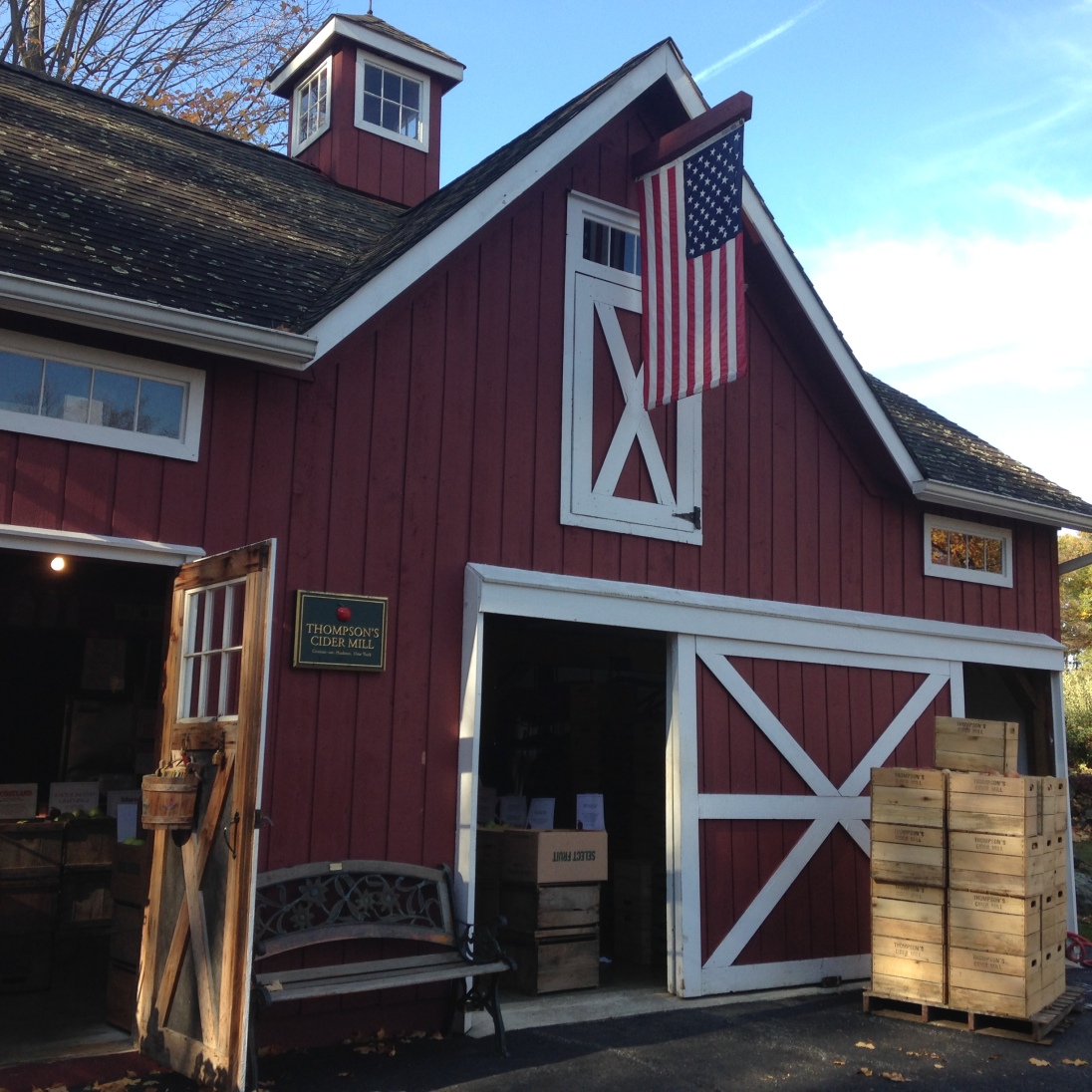 Thompson’s Cider Mill has been in operation for 37 years. 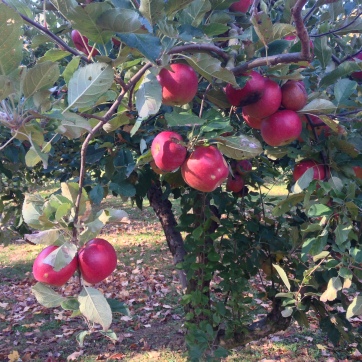 The orchard is located behind the mill building. 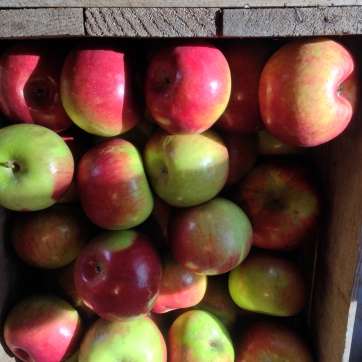 Each batch of cider contains a mixture of apple varieties—some tart, some sweet. 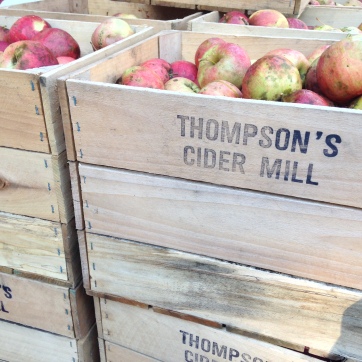 Fifty percent of the apples used are grown at Thompson’s, the rest come from other local orchards. 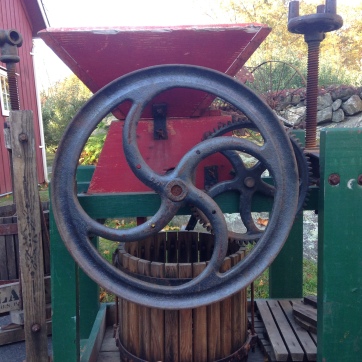 One of the antique cider presses (also called mills) on display. 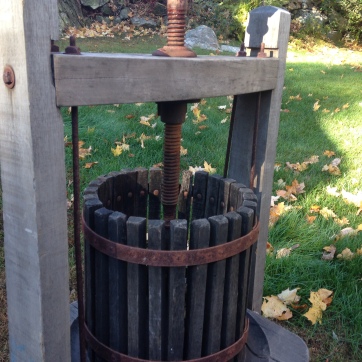 Another type of antique cider press. 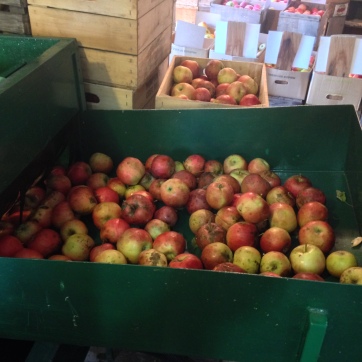 Let’s make some cider! First step, put apples in the hopper that’s connected to the washer that cleans them. 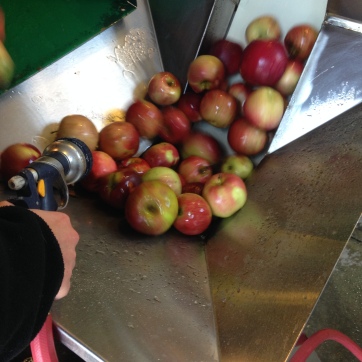 When the apples come out they’re given a final spray and any twigs or leaves are removed. 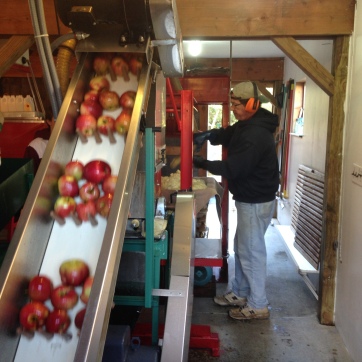 The apples on a conveyor belt, headed for the machine that will grind them up into what’s called mash. That’s owner Geoff Thompson on the right. 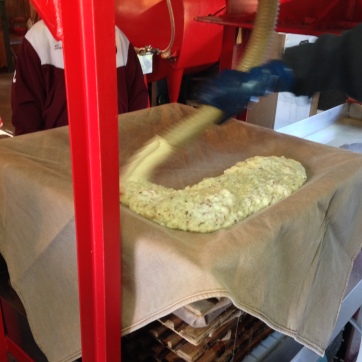 Next, the mash is sprayed into a filter blanket, laid into a frame. 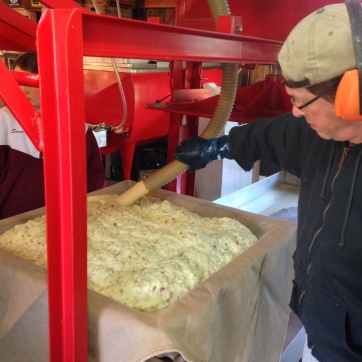 When the blanket is full the corners are folded over and the frame is removed. 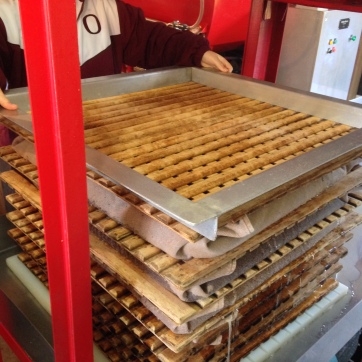 A sheet of wooden slats is placed over the blanket full of mash and the process is repeated. 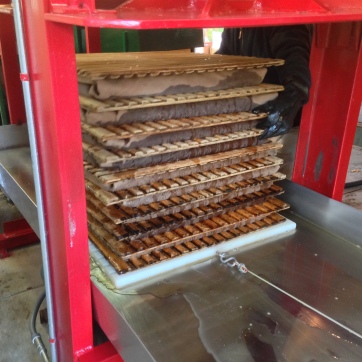 When all the blankets are full, they’re pulled under the hydraulic press. 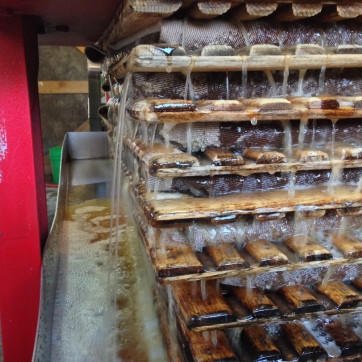 Here comes the cider, squeezed out of the mash by the tremendous pressure of the press. 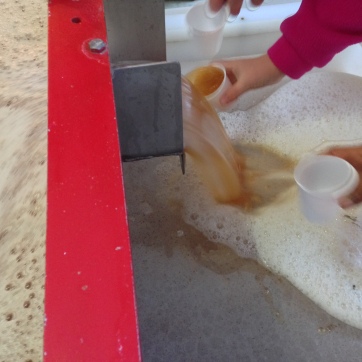 Visitors can sample the cider, right out of the press. 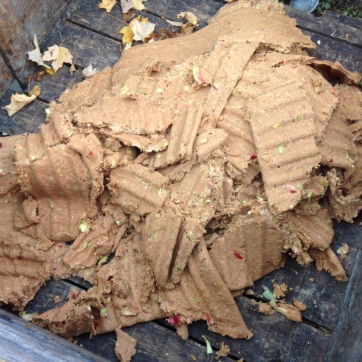 The leftover mash is used as compost or fed to pigs. The Stone Barns Center in Pocantico Hills uses mash from Thompson’s Cider Mill.

One thought on “Croton Cider—Then & Now”